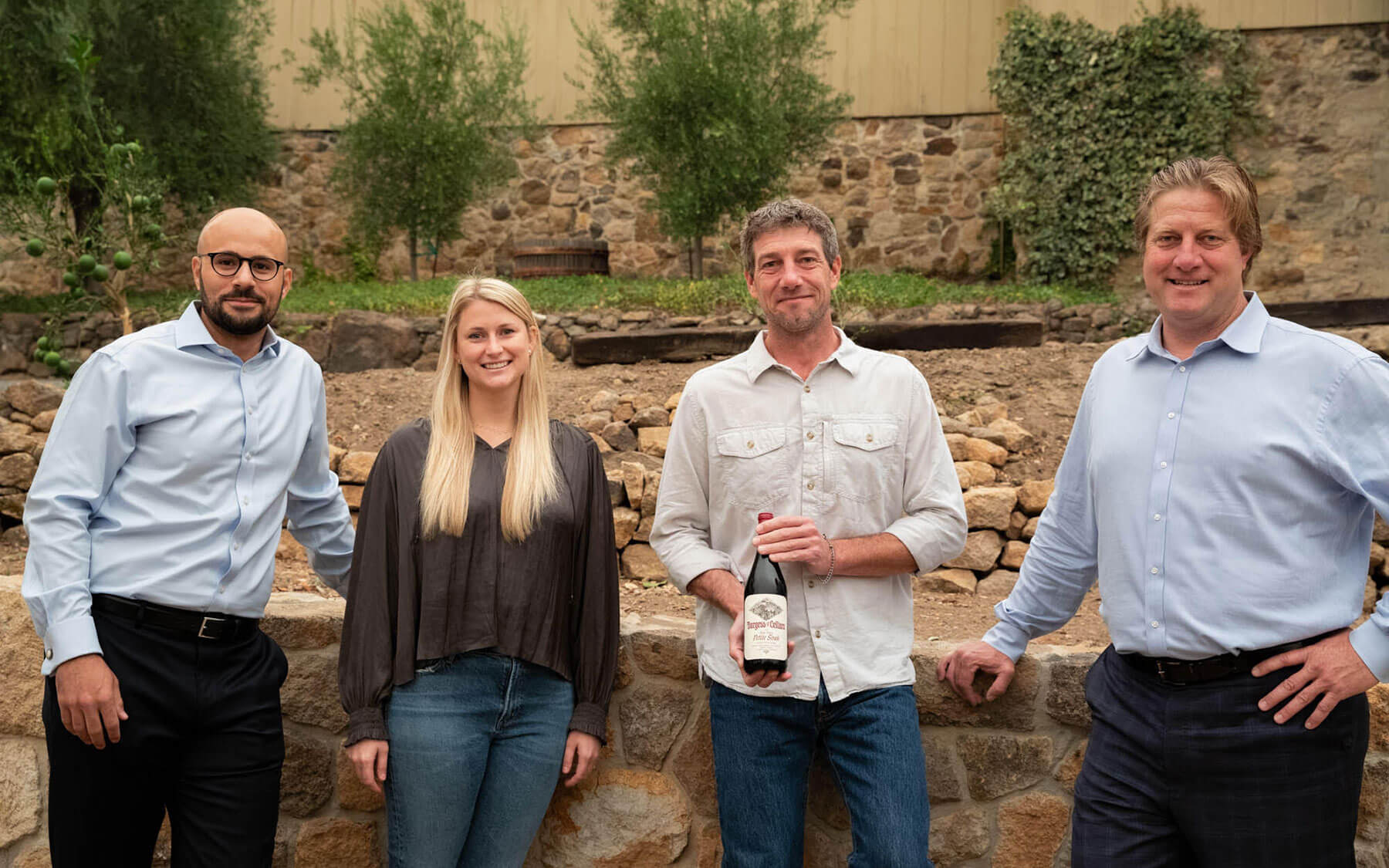 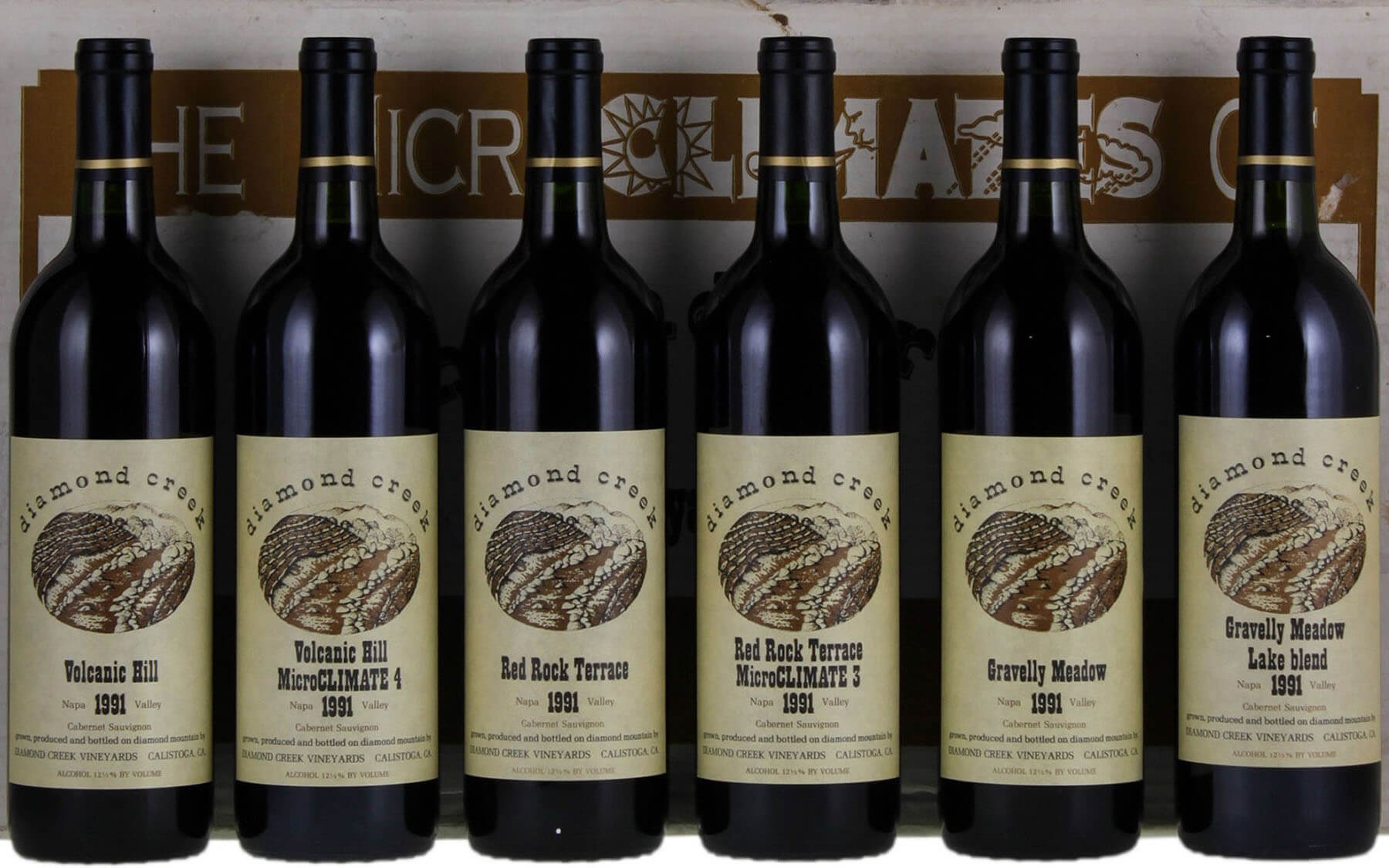 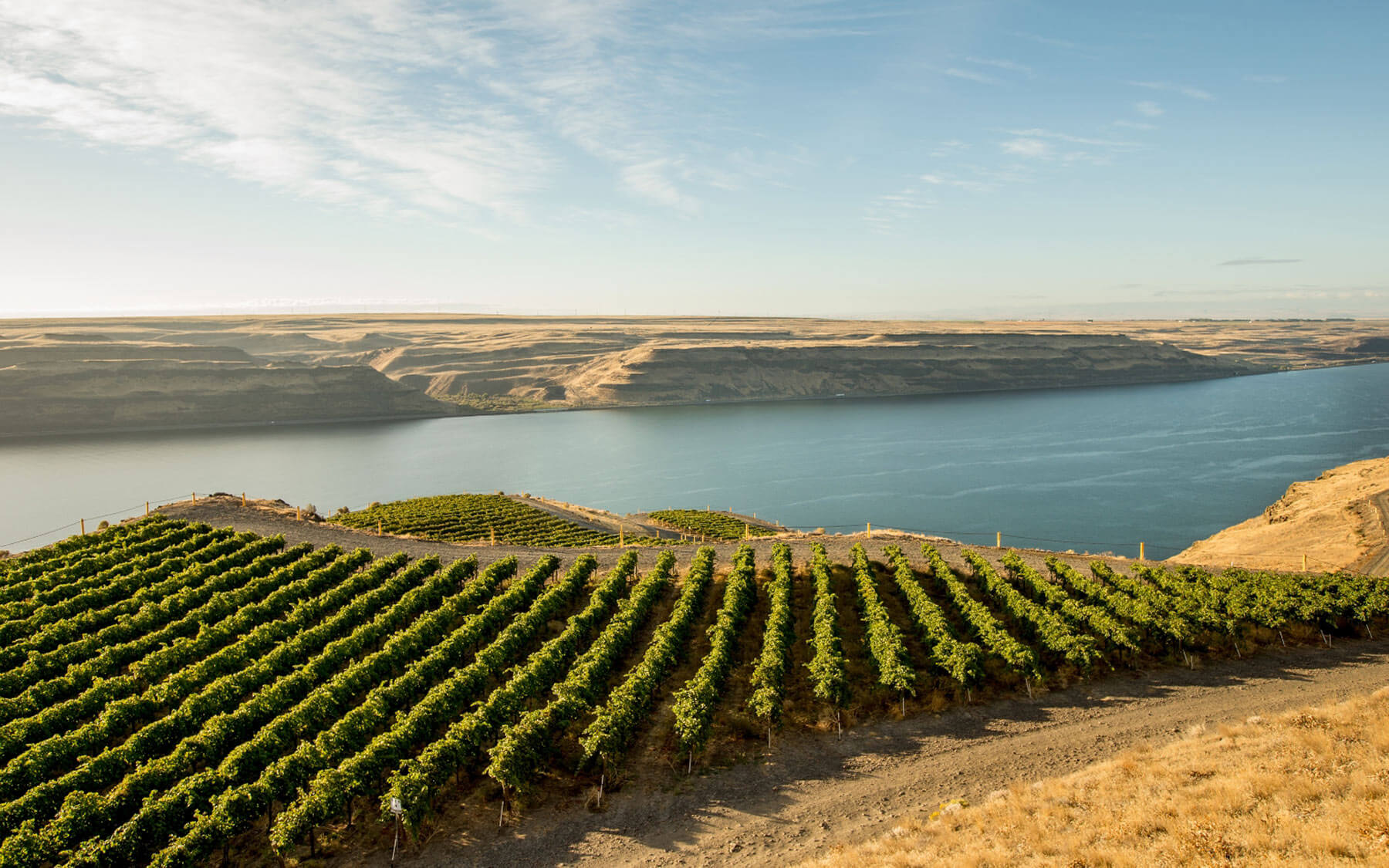 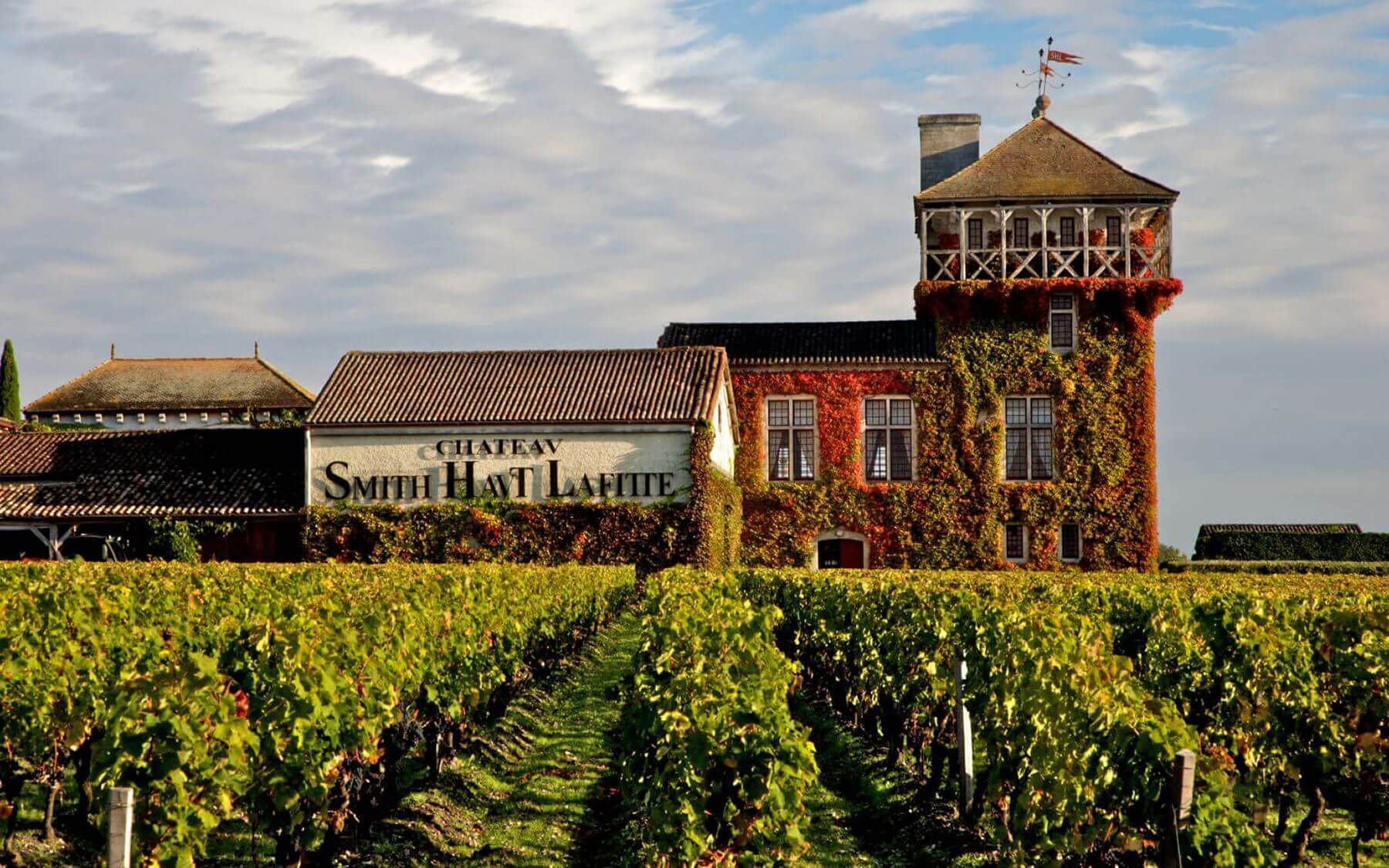 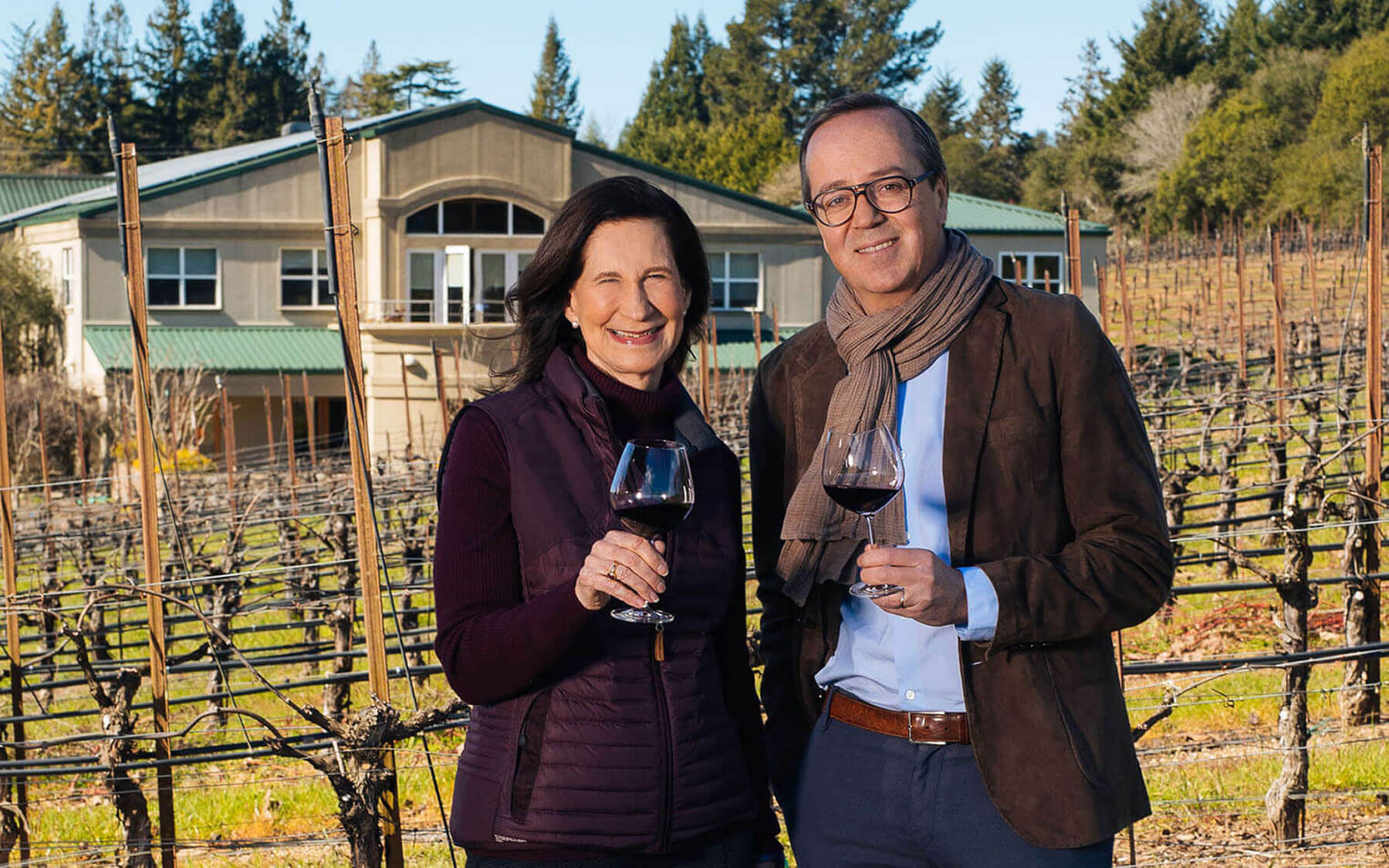 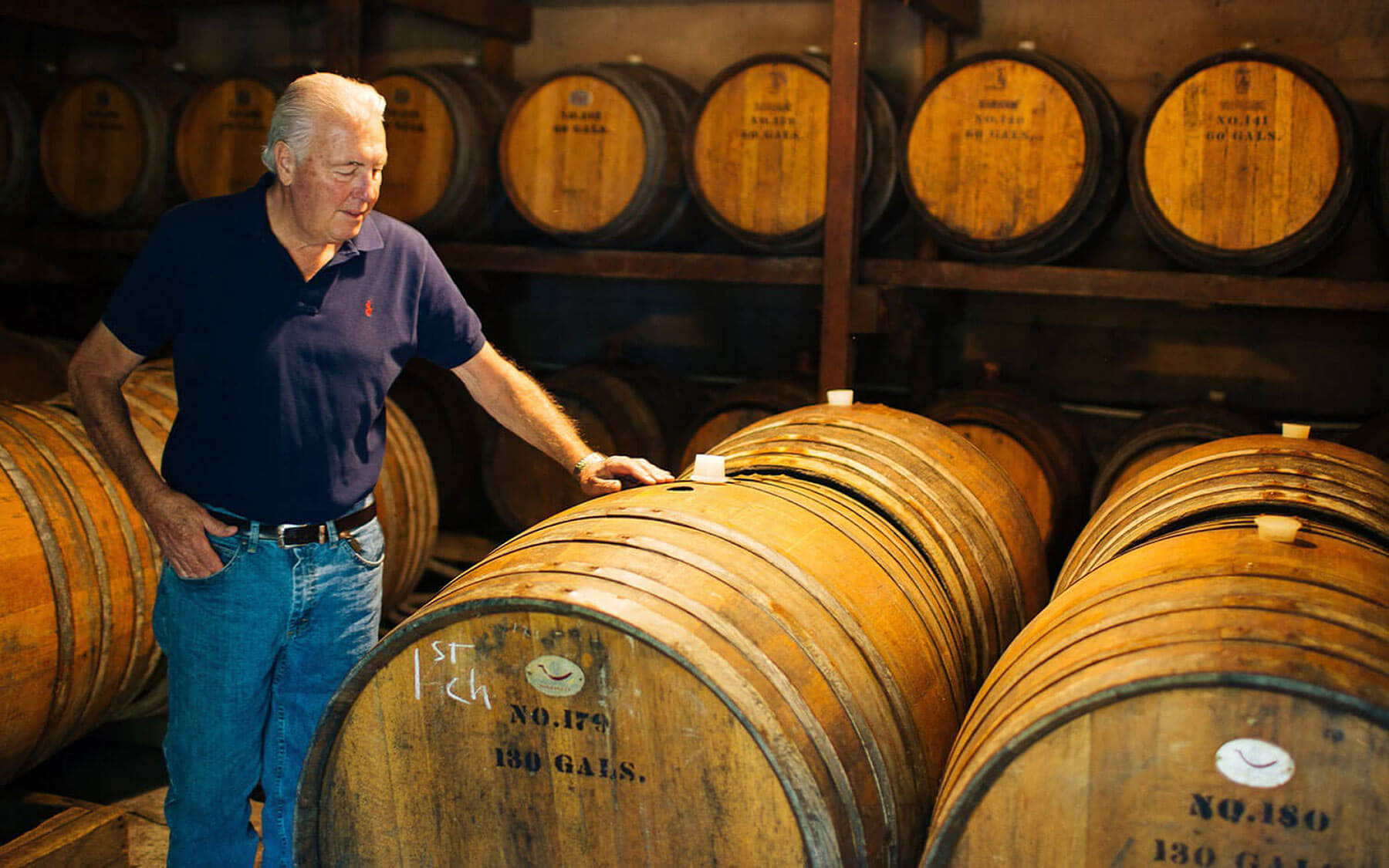 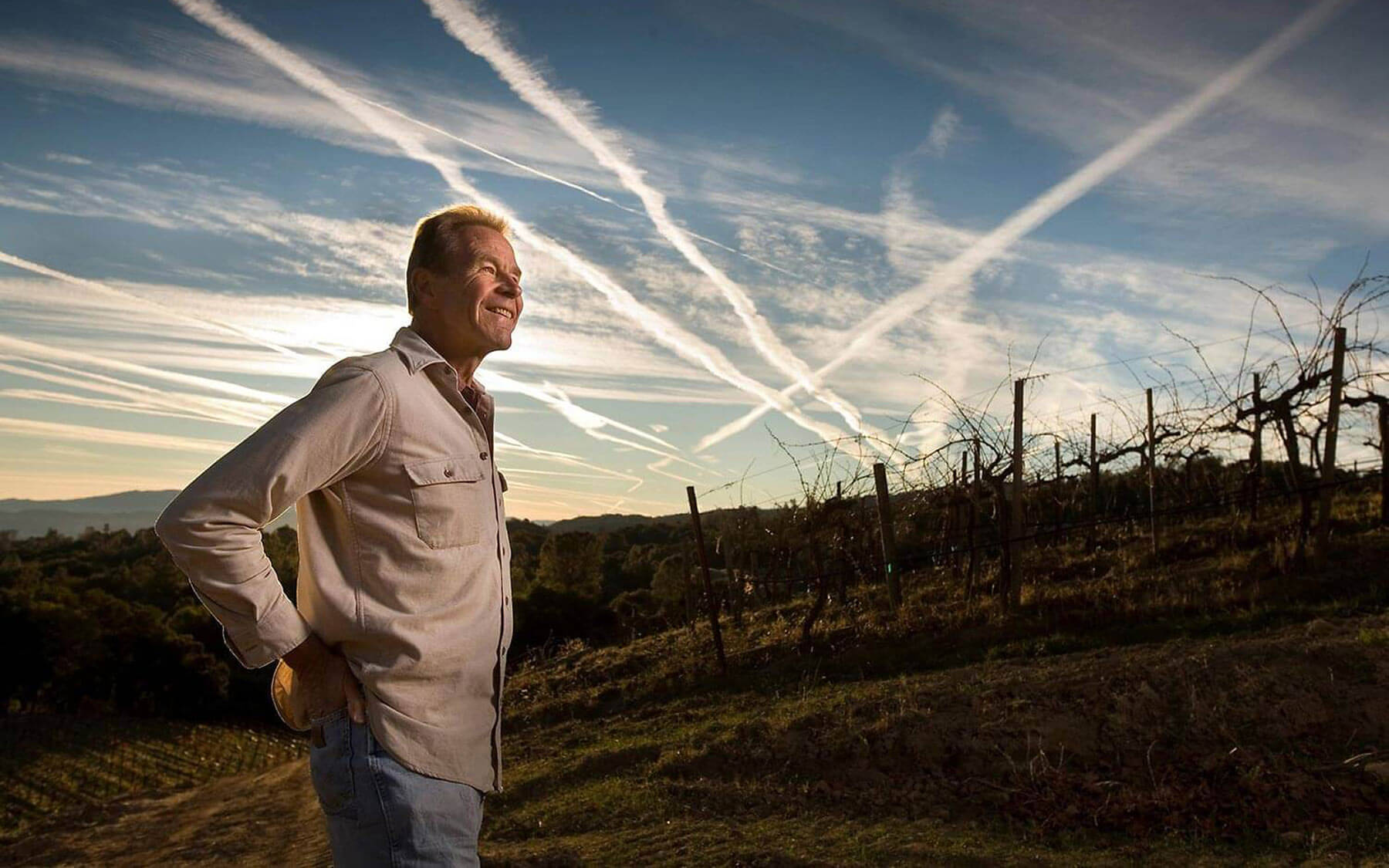 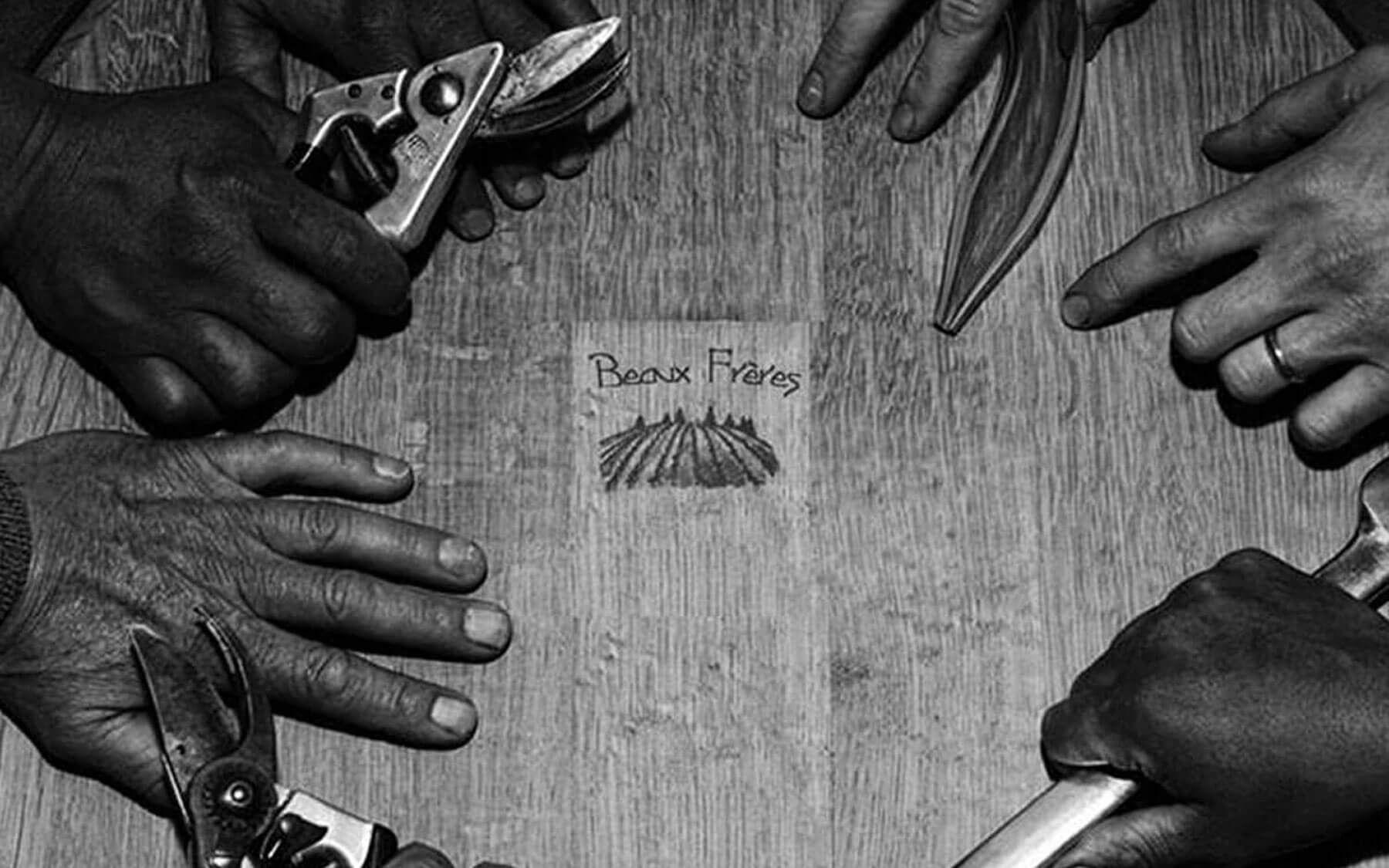 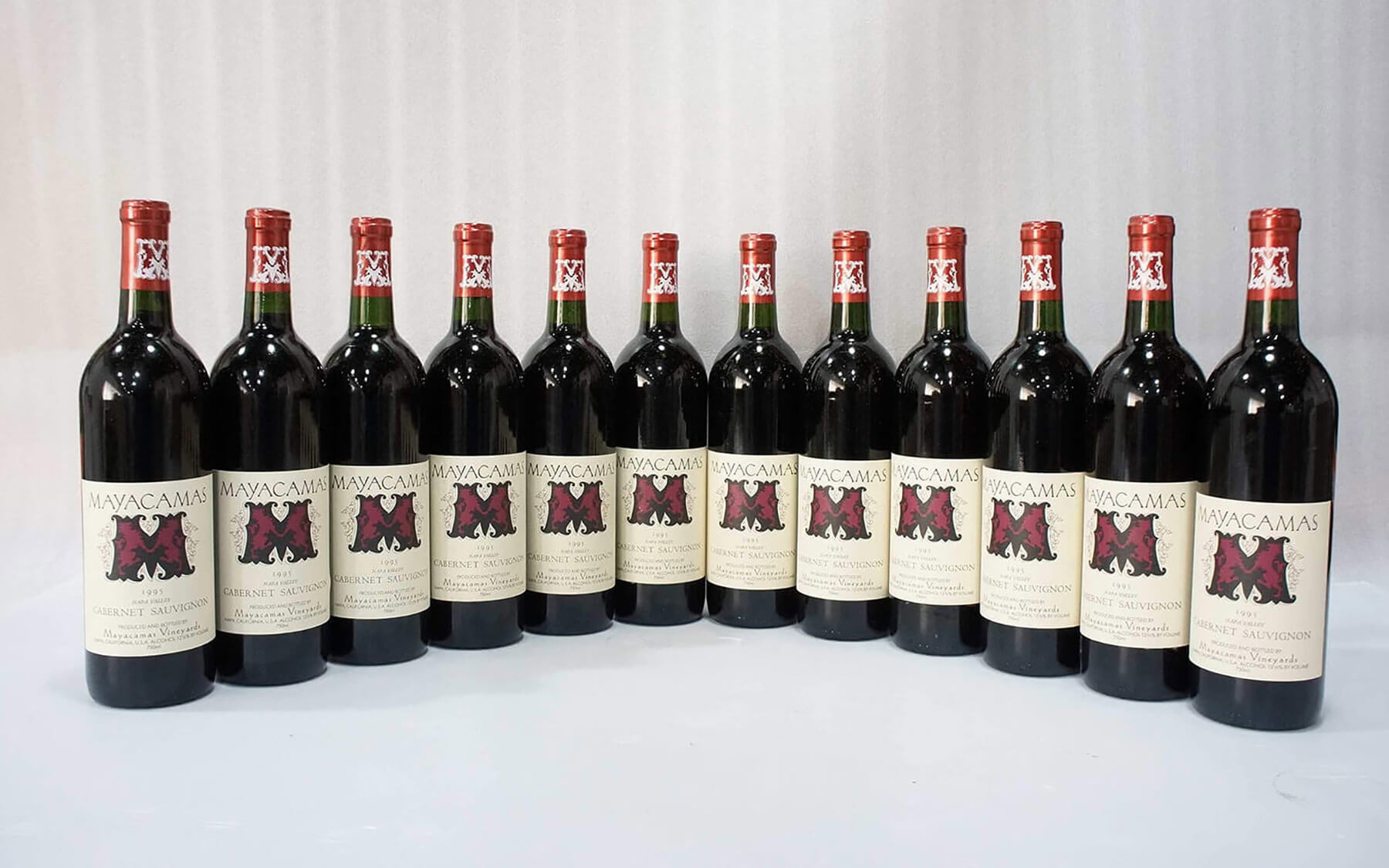 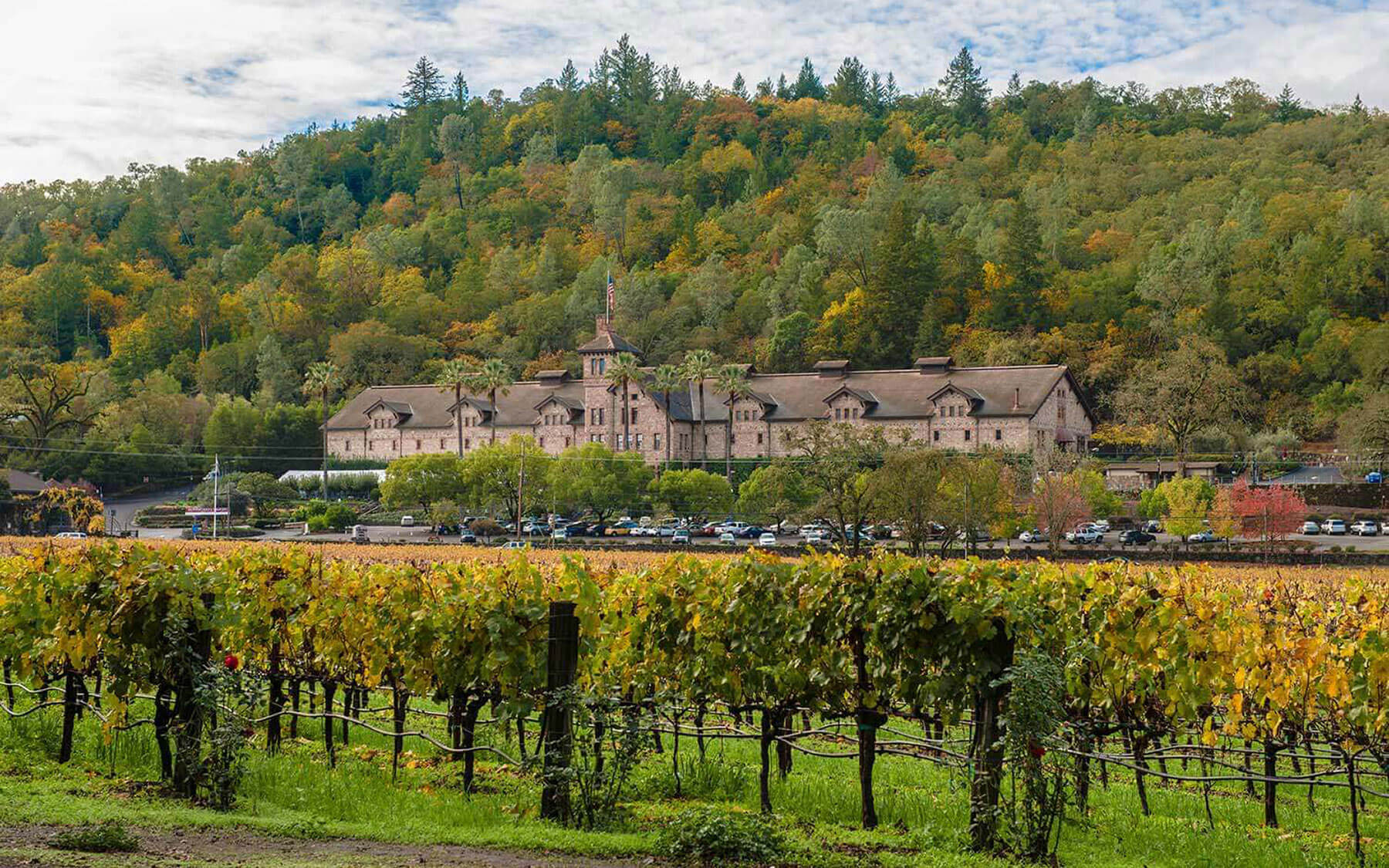 With over 75 separate transactions completed since 1990 for a combined value of over $2 billion, IWA is the leading boutique mergers and acquisitions advisory firm that specializes in the wine and spirits industry.

From companies in California, Oregon and Washington, IWA represents many family owned wine estates, all the major U.S. and international wine and spirit companies and a number of financial institutions in exclusive sell-side mandates.

Over the years IWA has represented for sale some of the best known names in the U.S. wine and spirits business that has included over 6,250 acres of premium vineyards.

IWA’s primary business is selling wine and spirits businesses, brands, wineries and vineyards. IWA provides valuations and the necessary due diligence to prepare businesses for sale, initiates the approach to buyers and represents sellers through to the close of transactions.

Please contact IWA at [email protected] to better understand what our company can do for you.

Click here for our complete history of our transactions. 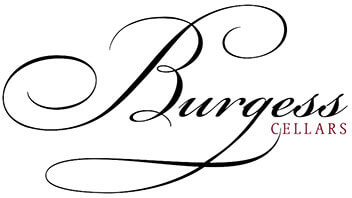 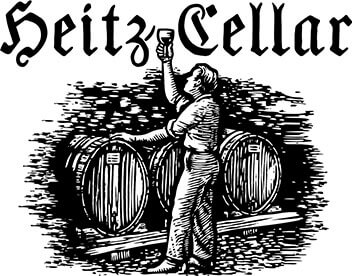 “We are pleased to have worked with Steve and Jim Burgess on the sale of their classic Napa Valley winery and hillside vineyard to Gaylon Lawrence.” said Robert Nicholson. “Following on from IWA’s representation of Louis Roederer in their acquisition of Diamond Creek in March and our sale of Flora Springs Komes Ranch to Chateau Smith-Haut-Lafitte in January we are gratified to have now completed three important Napa Valley winery transactions in 2020. We continue to seek out buyers throughout the world to sell prominent wine estates that IWA represents in California, Oregon and Washington.”

Incorporated in 1990 and now celebrating 30 years of M&A service to the U.S. and international wine business this year, IWA is the leading mergers and acquisitions firm specializing in the wine industry and has initiated and closed numerous prominent transactions for a combined value of over $2 billion. Total IWA 2020 transactions year-to-date are now valued at over $175 million. 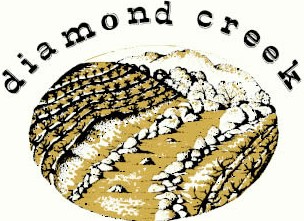 Louis Roederer carries on its American journey in Napa Valley

Oakland, CA, March 12th, 2020 – The story of Maison Louis Roederer’s passion for unique terroirs of Cabernet Sauvignon dates back to the early 1990s with the purchase of Château de Pez in 1995 in the renowned Bordeaux appellation of Saint-Estèphe. 2007 marked the entry of the family into the select group of 1855 Classified Grands Crus wines with the purchase of the iconic super second Château Pichon Longueville Comtesse de Lalande.

“The acquisition of Diamond Creek is the continuation of our journey into the greatest appellations in the world and our relentless quest to produce great wines with strong identity. Reflective of their pioneering characters, Al and Boots Brounstein built Diamond Creek from the ground up, producing some of the most celebrated and singular wines of the region. I am delighted that, once again, we have the opportunity  to carry on the opus of an iconic family and embody its values and savoir-fair,” states Frédéric Rouzaud, President and CEO of Maison Louis Roederer.

“Most important to my Mom, myself, and the family was finding the right partner who would respect the legacy that she and Al built over the last 50 years, and who could even elevate that legacy. Frédéric and his family are the perfect fit,” says Phil Ross, Boots Brounstein’ son and Managing Partner.

The mutual respect and admiration between Roederer and Diamond Creek runs deep – in 1997, Al and Boots Brounstein were among a small group of wine luminaries invited to Paris by Jean-Claude Rouzaud, Frédéric’s father, to celebrate the 30 greatest wines in the world on his 30–year anniversary at the helm of Louis Roederer. Their friendly relationship endured until Al’s passing and Jean-Claude’s retirement in 2006; it was carried on by Frédéric and Boots who were exploring ways to partner until she passed in July 2019 at age 92.

Phil Ross has agreed to stay at the winery for a period of time. Winemaker Phil Steinschriber, who has been with Diamond Creek since 1991, has also agreed to stay. The majority of employees, many of whom have worked at Diamond Creek for decades, will also continue there.

Originally founded in 1776, Champagne Louis Roederer continues as one of the very rare Champagne houses to remain firmly in the hands of the same family, since 1832. For three centuries, seven successive generations have been responsible for building a reputation for unparalleled quality and continuity. Its focus on meticulous viticulture, best demonstrated with an ongoing conversion to organic and biodynamic vineyards, as well as precise winemaking, account for the Houses’s enduring excellence and success.

has acquired a winery and 59 acres of vineyard in Rutherford, Napa Valley

has acquired a winery and 59 acres of vineyard in Rutherford, Napa Valley 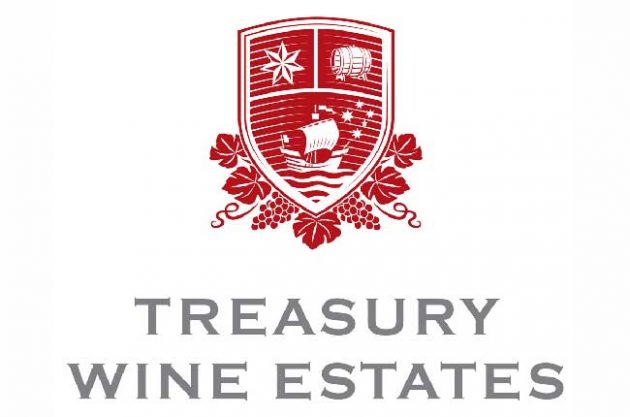 has sold the 51 acre Wildwood Vineyard in Rutherford, Napa Valley to

has sold the 51 acre Wildwood Vineyard in Rutherford, Napa Valley to

a Russian River Vineyard with 41 planted acres was sold to

The story of Louis Roederer’s pursuit of the Merry Edwards Winery is the stuff of a Henry James novel. Merry Edwards, one of the first women winemakers in California, has had to overcome personal challenges and adversities to build her winery. She is tough, fearless and independent. Humble yet ambitious, Frédéric Rouzaud is the great-grandson of Madame Camille Olry Roederer. He was born into an established French Champagne house and has continued to grow his family business into one of the most prestigious wine companies in the world.

What may seem like an attraction of opposites, however, belies the many similarities that drew Merry

and Frédéric together. Both were born entrepreneurs, willing to take risks to build their companies while adhering to their core values: producing wines emblematic of their distinct terroirs, all the while pushing the boundaries of land stewardship.

“Over the years, we have had opportunities to look at renowned wineries in Northern California but it is not until I met Merry Edwards that I felt my heart beating. Her personality, her story, her wines won me over. I knew it was the right moment. Going forward it is our mission to ensure continuity as we have done with our other acquisitions since 1990,” says Frédéric Rouzaud.

“In Frédéric, I have found a true soulmate to pass on the company to which I have devoted my life these past 21 years. I know my legacy is in good hands for the years to come as a member of the Maison Louis Roederer family” says Merry Edwards.

Originally founded in 1776, Champagne Louis Roederer continues as one of the very rare Champagne houses to remain firmly in the hands of the same family, since 1832. For three centuries, seven successive generations have been responsible for building a reputation for unparalleled quality and continuity. Its focus on meticulous viticulture, best demonstrated with an ongoing conversion to organic and biodynamic vineyards, as well as precise winemaking, account for the House’s enduring excellence and success.

In 1997, family and friends joined Merry to found Merry Edwards Winery, with a focus on producing pinot noirs, sauvignon blancs and chardonnays with a sense of place from Russian River Valley and Sonoma Coast. In 2008, she and her husband, Ken Coopersmith, completed their winery, where tastings are hosted to educate visitors about Merry’s handcrafted wines and site-specific viticulture. In addition to this property, their estate vineyards include Meredith Estate, Coopersmith,

Georganne, Warrens’ Hill and Richaven. Merry and Ken have also partnered with several trusted growers to supplement this estate production. 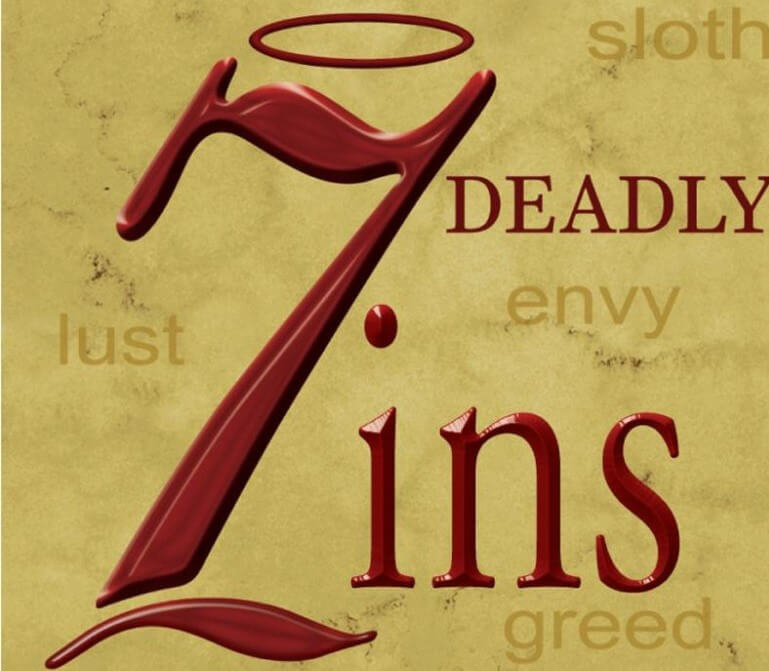 the #1 selling Zinfandel brand in the U.S. was sold to

the #1 selling Zinfandel brand in the U.S. was sold to 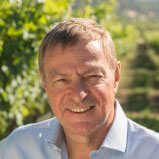 Robert Nicholson is a Principal of IWA and a leader in wine industry mergers & acquisitions and has completed over $2 billion in... [Read More]

Robert Nicholson is a Principal of IWA and a leader in wine industry mergers & acquisitions and has completed over $2 billion in transactions.

Robert was educated in England at Millfield and studied oenology at the University of Bordeaux under Professor Emile Peynaud.

Robert is an active industry commentator at U.S. and international industry conferences and speaks fluent French.

Josh Grace is a Managing Director at IWA and has over twenty years of financial management, valuation, accounting, mergers and acquisition and... [Read More]

Josh Grace is a Managing Director at IWA and has over twenty years of financial management, valuation, accounting, mergers and acquisition and corporate advisory experience, with a specialization in the wine and liquor industry.

Josh graduated from California Polytechnic State University, San Luis Obispo, California with a BSc degree in Business Administration with a concentration in Accounting. 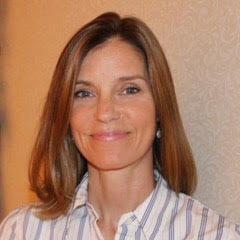 Katherine Bailon joined IWA in 2018 as a Managing Director. Previously she was an investment analyst responsible for financial modeling and... [Read More]

Katherine Bailon joined IWA in 2018 as a Managing Director. Previously she was an investment analyst responsible for financial modeling and valuation work on public companies in a variety of industries including technology companies in software, services and internet businesses, healthcare technology, automotive technology and green tech. She was also Manager Director of Institutional Sales at Goldman Sachs in New York having shepherded over 100 of the firms prominent IPO transactions in the high technology sector.

At IWA Katherine manages the analysis and valuation of companies in the wine business and has been involved with the completion of IWA transactions including Diamond Creek, Burgess Cellars, Flora Springs Komes Ranch, among others.

Katherine graduated from The Pennsylvania State University Scholars Program with a BS degree in International Business and Management with Honors in Finance.

Katherine is also a breeder of vineyard sheep and owns a vineyard in Sonoma County’s Alexander Valley. 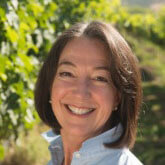 Sally Nicholson is a Principal of IWA and a Licensed Real Estate Broker specializing in the sale and acquisition of winery and vineyard properties.... [Read More]

Sally Nicholson is a Principal of IWA and a Licensed Real Estate Broker specializing in the sale and acquisition of winery and vineyard properties. Under Sally’s management IWA has completed deals valued at over $2 billion including the following transactions among others of Diamond Creek, Burgess Cellars, Merry Edwards Flora Springs Komes Ranch, Stony Hill, Wallula Gap Vineyard, Sierra Madre Vineyard, Calera, Beaux Freres, Chalone Vineyard, Talbott Vineyards, Hop Kiln Winery, Sagemoor Vineyards, and others. Sally has broad professional experience in Australasia, Europe and the United States with a comprehensive knowledge of winery and vineyard business valuations and transactions.

Sally has thirty years of international experience in brand development and marketing of luxury goods and held a number of senior management positions with direct report responsibility to Calvin Klein and Ralph Lauren and was a Design Consultant in the development of the Dockers Division at Levi Strauss.

Sally graduated with a BS degree in Design from University of California, Davis and has attended Harvard Business School Executive Education.